“The Holy Spirit’s function is to take the broken picture of the Son of God and put the pieces into place again. 2 This holy picture, healed entirely, does He hold out to every separate piece that thinks it is a picture in itself. 3 To each He offers his Identity, which the whole picture represents, instead of just a little, broken bit that he insisted was himself. 4 And when he sees this picture he will recognize himself. 5 If you share not your brother’s evil dream, this is the picture that the miracle will place within the little gap, left clean of all the seeds of sickness and of sin. 6 And here the Father will receive His Son, because His Son was gracious to himself.
T-28.IV.9. I thank You, Father, knowing You will come to close each little gap that lies between the broken pieces of Your holy Son. 2 Your Holiness, complete and perfect, lies in every one of them. 3 And they are joined because what is in one is in them all. 4 How holy is the smallest grain of sand, when it is recognized as being part of the completed picture of God’s Son! 5 THE FORMS THE BROKEN PIECES SEEM TO TAKE MEAN NOTHING. 6. FOR THE WHOLE IS IN EACH ONE OF THEM 7. AND EVERY ASPECT OF THE SON OF GOD IS JUST THE SAME AS EVERY OTHER PART.” (ACIM T.-28.IV 8-9)

What would it mean if we really got this? How would we change our relationship to the planet and all its seemingly separate things? If we really saw that every rock and tree, every blade of grass, every animal, every person is a part of the Son of God, would we ourselves not be changed? We would also see ourselves as Holy, as part of God’s Son, and the “WHOLE IS IN EACH” of the parts. Like a hologram which contains the whole within it, every byte of sensory data we call “the world” contains the whole of God’s Son! How holy is your cat and dog? How Holy are your children? How holy is this planet? When we see that, we won’t want to abuse anything!!! And UNTIL we see that, we will go on with the abuse until the planet is destroyed!!!!

So this thing called “enlightenment” is not just some abstract concept for Eastern eggheads!!!!!! It determines whether this planet continues. Let us look at it from both sides of the mind, wrong-mindedness and rightmindedness. In wrong mindedness we began as the One dreaming Son believed the ego’s lie that he had in fact separated from Heaven and was now fearfully on the lamb from an angry God who wanted to destroy him for his “sin” of leaving Heaven. In fear the Son ran out of his Mind, “so to speak” and dreamed up a physical universe in which to hide from God. As He enters it (“Big Bang” indeed) he shatters into all the pieces of the universe, and in this dream, he seems to evolve into more and more complex creatures in which to hide from God.

Lesson 241 in A Workbook for Students tells us: “The world was made as an attack on God. It symbolizes fear. And what is fear except love’s absence? Thus the world was meant to be a place where God could enter not, and where His Son could be apart from Him. Here was perception born, for knowledge could not cause such insane thoughts. But eyes deceive, and ears hear falsely. Now mistakes become quite possible, for certainty has gone.” The senses were made to deceive! So in this kind of perception (wrong mindedness) we began in this universe, forgetting the Truth of Oneness, exchanging that Holiness for the separateness of fragmentation, out of fear!!! So when we see the world as a “thing” for us to exploit, we are acting in fear and the destruction of the planet is inevitable with fear. Fear causes us to be more and more defensive and defensiveness invites attack. “If I defend myself I am attacked.” Defenses will inevitably kill the world….and that would make no difference at all except for the fact that we can attain to “right minded perception.” The Holy Spirit came with the Son into this universe and He whispers to you and me the Truth of Oneness we are afraid to hear. Skilfully He moves us to forgive our brothers, not to hold grievances, not to have attack thoughts, and little by little we can climb back up that ladder of consciousness we came down on. This is the true ascension!! We can go back up the ladder, and then the world changes in perception to a shining reflection of Heaven, so beautiful we would love it as we love God. This is the Salvation of the world and God has given us the job of saving it, not by judgment or evangelical proselytizing but by the offering of our minds to God, ceasing our attack on him by individualization and sporting uniqueness. Who could do that when you have an experience that everything is your brother and a part of you? The animals are not less than you. I once heard a very spiritual man say a very wrong-minded thing. He said that animals lack the capacity to know beyond their senses! I was so amazed! I thought, my God this man has never had a relationship with an animal! Animals transcend the senses all the time! Create a holy space by quietness and see how quickly the cat becomes a Buddha! Take a dog to a suffering child and see how quickly the dog begins to cure the child. Do your best meditation, climb as high as you can on the ladder of consciousness and you will discover the mind of your cat has followed you there!! The idea that only man can become enlightened is a very clever trick of the ego, designed to make some broken parts of the Son of God more important than others. Then you open the door to “specialness” which the ego loves and which is based on fear, not Love.

We must get this! We must do our lessons. In eternity it does not matter. This little crazy idea was corrected in an instant in eternity, but it is playing itself out in the eons of time. In time, it makes a difference whether we extend love or fear. It makes a difference if there is a beautiful planet called earth where we can learn our lessons by taking on these dreamy bodies and living out our little dramas so we can undo fear and experience love’s presence. 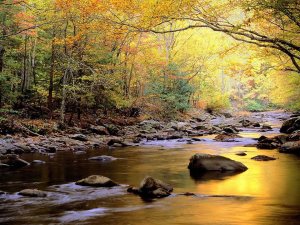