“Knowledge” verses Belief. What is the difference?

“Knowledge” (Gnosis) is inner awareness. It contains its own validation. No external validation is needed. Once you have an inner experience of something and “Know” it, you have no need for words or beliefs. Beliefs are always in another and a lot of words are required. Knowledge is always inner experience and no words can do it justice. Are we there? Are we seeing this? If you believe in the Nicene creed, what good is it? You are just a parrot. But if someone said to me, “I have inner experience of the Nicene Creed,” I would say, “Alright, let me see by your light that this is so.” Now today, people have a lot of different beliefs than were common in 19th century society. But they are still just beliefs. They are just opinions. You may be willing to fight for them, but what does that tell you? True Gnosis always joins minds together! So if you are a Spiritist and you affirm reincarnation, it is because reincarnation is inside your experience. If you just “believe” then it becomes a point of argument and Spiritists and Spiritualists have been arguing over it for two centuries!! But it is not a worthwhile discussion! Spiritualists say that reincarnation has not been proven by science! Big deal! Whose science are we talking about? If you had asked Dr. Ian Stevenson (a psychiatrist) about reincarnation he would have said that now in the 21st century a reasonable man can accept reincarnation. But accepting it as a “belief” or a point in a creed means nothing! Unless you experience the truth of reincarnation within your own Gnosis it is meaningless! But if you get the Truth of what the Course says when it declares, “Trials are but lessons that you failed to learn presented once again, so where you made a faulty choice before you now can make a better one, and thus escape all pain that what you chose before has brought to you. 2 In every difficulty, all distress, and each perplexity Christ calls to you and gently says, ‘My brother, choose again.’ 3 He would not leave one source of pain unhealed, nor any image left to veil the truth. 4 He would remove all misery from you whom God created altar unto joy. 5 He would not leave you comfortless, alone in dreams of hell, but would release your mind from everything that hides His face from you.” (ACIM T.31.VIII.3-6) If you really get that inside, then you will KNOW reincarnation as a FACT, not a belief. Most religions start out with someone who KNEW something (Gnosis) but degenerate into beliefs for others who have not had the inner experience. In that stage, religion is harmful. I write here (for the 30 or so people who respond to my posts) out of what I KNOW inside, and I don’t care if you believe me. If you can see my light, if you can see your own light, you will know. Namaste 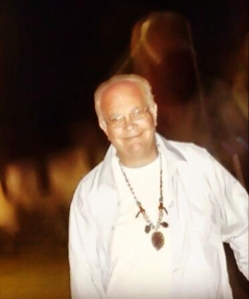 Marriage and A Course In Miracles…

Marriage as the physical world understands it,is the epitome of the “special relationship,” described in ACIM. Two people are “attracted” to one another, and whether they are conscious of it or not, they perceive there is something in the other that they want or need. This relationship is bound to fail and does about 60% of the time, and percentages of failure rise much higher for multiple marriages. Clearly there is something wrong with marriage the way the world views it. The Course talks about our “joining” with others. This joining is of the spirit, of the mind. It means that two characters in the dream have sensed that they share the same identity in spirit as Love’s Presence. When you are with that person, the Love of God is intensely felt, and it is not coming from one and being given to another. It is an experience you both share. This joining is needed for all the members of the Sonship. The Holy Spirit’s job is to bring together all the separate pieces of the Sonship back into one Whole for our awakening journey back into the Mind of Christ, at Home in Heaven, where we have never left in truth. We travel but in dreams while safely at Home. So….if you have joined in mind with another person and share Love’s Presence, what form will that take in the illusory world? It doesn’t have to take ANY form or it can take multiple forms. The form is not important. Such a couple can choose to be married in the world’s sense and share their work together as they continue to share Love’s Presence. That would be quite a different marriage than what we usually observe in the world! But marriage is not needed for these two. They can simply share their life’s spiritual work and live in different parts of the world if they so choose. What if you are joined in mind with someone who is also married in the conventional sense? No problem. For example, I am joined in mind with one of the leaders of ACIM who happens to also be married to a woman. Is she threatened? Of course not! She is joined to her husband as one Love and views joining as does the Holy Spirit! What if she is in her ego and objects to her husband being joined in mind to others? Well this would be a little work the couple would need to address in their own relationship because some “specialness” has crept in to project this jealousy.

What an example for the world could two people be if they are joined in mind, share their spiritual work in life, and share Love’s Presence! Wow! That is the example we should wish to put into the world as a living example for an alternative to the world’s insane ideas about love and marriage.

What if you are joined in mind with someone and they are still in their ego and cannot join with you? Well that would not be a real joining would it? Because both people do not sense Love’s Presence as being something they share. The person in the ego would even be afraid of joining. It might upset his/her plans for having a conventional marriage!! So you who would join, being in spirit, must hold the space for your friend until s/he can come into his/her right mind. Then joining can take place. And then the form it takes is up to them. FORM AND SUBSTANCE is the continual issue we deal with. I hope this helps a little to clarify marriage and ACIM! May the Peace of God be yours today and may you join in mind with your brothers and sisters.